Line Busch (b. 1979) is a Danish visual artist. Her work takes form as persistent and repetitive examinations of transformation and visual illusions. A fascination with change, color, and perspective culminated when she started initiating physical disruptions in the surface of painted canvasses. The canvas frame with fixed twisted canvas cuts and acrylic paint in soft gradients is a recurrent format for her investigations of form and perception. The manual work of the hand performed when cutting the canvas entails errors and deviations in the otherwise systematic fixation of color and materials

Her abstract paintings thus appear as both methodical and precise as well as responsive and unpredictable.

Her work with how color can convey movement and transformation carry a phenomenological aspect as it is not only constricted to the actual frame but expands into the exhibition room itself: optical illusions initiate a dance between subject and object as the viewer's curiosity is piqued and induces bodily movement in order to perceive each work's changes in color and form. Busch’s practice expands from abstract paintings in both metal, paint and canvas to ceramics sculptures. 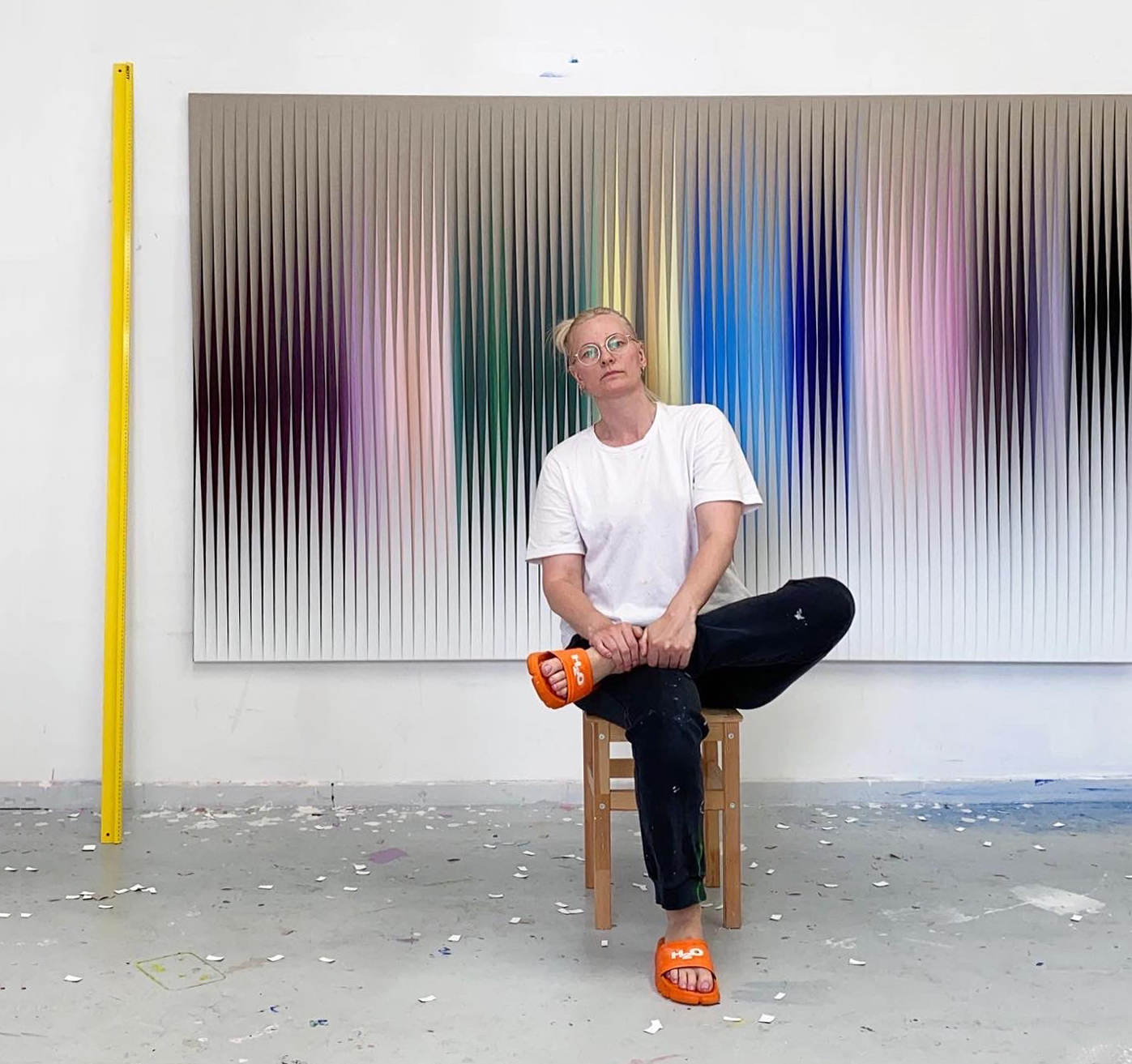